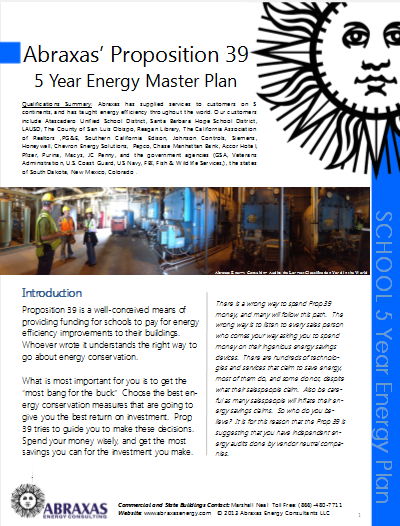 At Abraxas Energy Consulting we have been working with Local California schools for over 14 years.  Our professional and qualified engineers provide Metrix M&V software, Benchmarking, ASHRAE Level I and II, and Retro-commissioning Energy Audits. We bring the experience and know how to establish your best way forward. 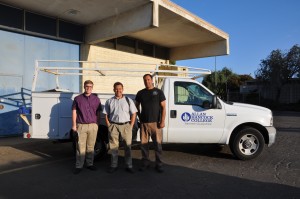 [/ez_two] [ez_two_last]
” Abraxas’ Energy accounting is the backbone of the school district’s energy management program. The detail I am able to bring to administrative meetings demonstrates a level of expertise and knowledge that was previously impossible to report on.”– Jim Faes, Energy Educator- Jefferson County Schools
[/ez_two_last] [ez_two] “Abraxas performed ASHRAE Level II Energy and Water Audits on 8 buildings at MCAS Miramar, totaling over 700,000 sq. feet. Their recommendations have the potential to lead to a 26% energy reduction and 24% cost savings with an average payback of less than 6 years. I highly recommend their services. I would absolutely work with them again.”-Chris Garvin, P.E.,CEM, LEED AP Ret. Public Works Officer,  Marine Corps Airs Station Miramar
[/ez_two] [ez_two_last] 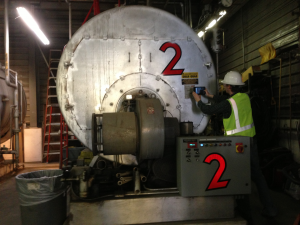 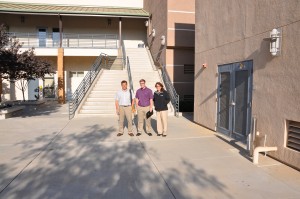